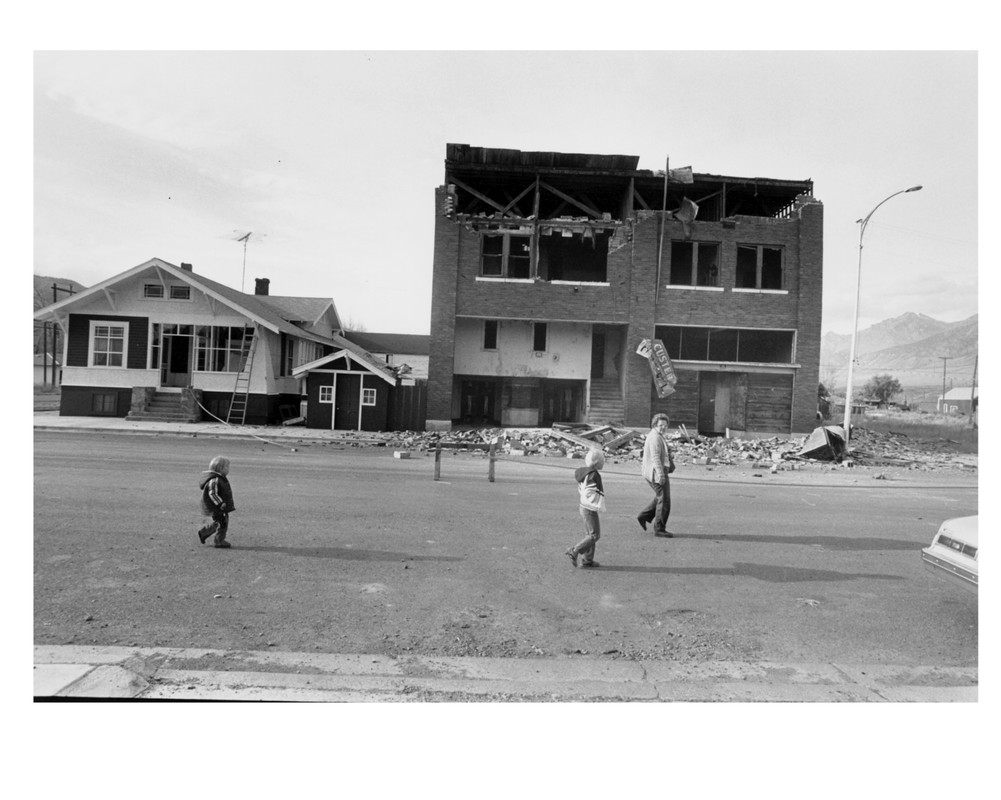 Information Below is Quoted From USGS Open File Report 84-166 p. 46. Custer Hotel (North Side of West Main) This Three-Story Brick Building with a Movie House at Street Level was Built in 1915. The Building was Severely Damaged by the Partial Collapse of the Front and Side Walls. The Chimney on the East Side of the Hotel Partially Collapsed Due to the Collapse of the Building Wall. At the Rear and on Top of the Hotel a 8- to 10-Foot Brick Chimney Remained Standing. From Our Ground Angle the Chimney Appeared to be Undamaged. The Hotel was Reported to Have Been Vacant for the Past 20 Years. Lunderg Residence (North Side of West Main) this Residence was Located Immediately West of the Custer Hotel. It was a Two-Story Wood-Frame Structure with Plaster Insets (on Lath Strips) Adorning the Exterior Wall. These Plaster Insets were Not Cracked. The Home was Built in 1910. According to Mrs. Lundberg the Inside of the House was Not Damaged. A Few Knick-Knacks and Some China Dishes Fell From Shelves. The House had Three Brick Chimneys. The Chimney at the Front of the House was Reported to Have Twisted Counter-Clockwise About 15 Degrees. The Other Two Chimneys Showed Little Damage. The Wooden Utility House on the East Side of the Residence was Damaged by Falling Bricks From the Hotel. 1983 Borah Peak, Idaho, Earthquake Magnitude 7.3.